I can’t believe that it’s taken me 7 months to post about our trip to Iceland and Sweden! I guess that’s what having babies looks like. Ha! Ethan looks SO tiny in these photos. Our trip was back in May so some of the details are a blur by now, but I’ll do my best to remember the good stuff. Here we go…

Last December I remember seeing that flights to Iceland were on sale with IcelandAir. Even better was that we could do a “stopover” in Iceland and see somewhere new in Europe as well (more about that later). My husband had been dying to go to Iceland to photograph its incredible beauty since before we were even dating so when I saw the sale I immediately thought that this would make the best surprise trip EVER!! Right? I asked his boss for the time off and started planning. But then the practice side of me kicked in and I realized that I should probably run this kind of expense by him. Ugh. Being practical is so not fun sometimes. Of course he was ecstatic that I wanted to take him to Iceland and said YES!

We decided that we’d love to visit Stockholm as well since neither of us had been there and it was only a 3 hour flight from Reykjavik. Basically our trip was going to be the best of both worlds…rugged, otherworldly Icelandic vistas followed by the charming cobblestone streets of Sweden.

After a quick flight to Seattle we were off to Reykjavik. We decided on IcelandAir over the ever cheap WOW! Air after reading some horror stories about service and delays on WOW! Air. We were flying with our son who was 7 months at the time, and I couldn’t imagine anything worse than sitting on a runway for 3 hours with an infant screaming in my lap. That said, our friends who flew WOW had no complaints or problems.

IcelandAir itself is a nice, no-fuss airline. The planes aren’t huge — basically the same setup at a Southwest plane — and they don’t serve any food and beverages on board so you have to bring your own snacks and meals along. The flight isn’t very long either — just 7 hours from Seattle to Reykjavik — so you really don’t need too much. We left Seattle at 4:30 pm to arrive in Iceland around 6 am, and because we were flying northeast, we were chasing the sun the whole flight and it never was dark. Our neighbor unfortunately watched the sunset (sunrise?) the ENTIRE flight making it impossible to sleep. I think Ethan (our baby) slept about 2 hours while J and I both got about 30 minutes. Not great.

Reykjavik has seen an incredible increase in tourism over the past few years, thanks in part to the stopover option from IcelandAir which lets you stop and visit Iceland for up to 7 days on your way to or from Europe without any additional fees. It’s brilliant, really. The airport is very nice and modern, and they are working feverishly to expand it for all the incoming visitors they now get. We arrived bright and early the next morning and grabbed some breakfast at Dunken Donuts before heading out to get our rental car. Our plan was to grab our car and head straight to the Blue Lagoon to soak and get revived before we could get into our Air BNB in the city. Unfortunately, our rental car company was TERRIBLE (don’t rent from Lagoon Car Rental) and took 3 hours to pick us up, which meant that were were all pretty grumpy by the time we got to the Blue Lagoon, not too mention that we almost missed our time slot at the lagoon.

The Blue Lagoon is a man-made lagoon build on a lava field and filled with geothermal waters that are said to have many health benefits. It’s a pricey place to visit (I recommend taking your own towel and buying the cheapest ticket), but because it’s so close to the airport and most flights either arrive early or leave late at night, it’s a popular place to stop and get refreshed on your way to or from town. We couldn’t get into our apartment until noon so it was a great option for us to kill time that morning. Unfortunately, children under the age of 2 aren’t allowed in the lagoon so J and I had to take turns going into the lagoon. He let me go first while he sat in the cafe and let Ethan nap in his carseat and then we switched.

Before entering the lagoon you are given wristbands and ushered into locker rooms to change, store your belongings and take a naked shower before entering the lagoon. They recommend coating your hair with their conditioner to protect your hair if you plan to put your hair underwater which I did. Take my advice — DON’T put your hair underwater in the lagoon! They say the minerals are good for your hair but it took me SEVERAL days and multiple washings just to be able to get a brush through my hair again. My hair felt like a brillo pad and was so impossibly tangled that I literally thought I had destroyed my hair.

The lagoon itself was lovely, calm and relaxing. Our morning there had some gusty, cold winds so I stayed low in the water and sought out the warmest pockets possible. I took a waterproof case for my iPhone and was able to snap some fun photos while I swam around. They sell iPhone cases there as well, but I can guarantee you’ll save some money by buying one Amazon and taking it with you. In the lagoon they have some mineral masks that you can put on your face and body if you like, they have a swim up bar where you can get smoothies and cocktails and they have a sauna that reminded me of a hobbit house.

Overall, the lagoon was a nice visit. I think we would have enjoyed it more if we could have experienced it together without taking turns, but that would have been the case anywhere with waters that hot. We were SOO tired from our trip that it was about the only activity we had energy for that morning before driving to Reykjavik and taking a 2 hour nap at our Air BNB.

After our long nap it was time to do some exploring. It was still super gusty (I literally thought Ethan’s stroller might blow over a few times) so we all got bundled up and headed out to downtown Reykjavik. Reykjavik is a small city for a capital so it doesn’t take much time to explore. I loved the colorful buildings, the cinnamon rolls we found at a famous bakery, and the quaint shopping streets. We really didn’t do much other than wander around and grab some dinner before heading back to our apartment for an early bedtime (hello jet lag!).

Blue Lagoon and Reykjavik Tips:
– If you haven’t heard it yet, Iceland is expensive. As in the most expensive country in the world. Be prepared to pay more…WAY MORE…than you think anything and everything should cost. The ONLY thing that wasn’t more expensive was Organic baby food.

– Book your Blue Lagoon visit in advance as they often sell out for certain time slots. I suggest packing your own travel towel and buying the cheapest ticket. You really don’t need the robe and slippers in my opinion.

– Iceland is super baby and kid friendly. Everywhere we went had high chairs and SUPER nice changing tables in the bathrooms. It was pretty cold and wet at times so we were thankful for our Bumbleride warm weather muff that kept Ethan toasty and dry in his stroller.

– the most popular grocery store in Iceland is called Bonus and will have just about everything you need. We shopped there for some basics like cheese and crackers and organic baby food. Grocery stores tend to open late in the morning around 10AM and close super early — sometimes by 5 which means do your shopping mid-day!

– Everything in Iceland is CRAZY expensive but you still can find good deals if you plan in advance. We loved our AirBNB rental. At just $99/night, it was warm, comfortable and only a 10 minute walk to downtown

After an amazing night of sleep (J and E both slept 13 hours) we woke up ready to see more of Iceland’s natural beauty and loaded up the Duster for a day exploring the Snaeffellsnes Peninsula. Confession — I still have no idea how to pronounce this area! The Snaeffellsnes Peninsula is often referred to as “Iceland in miniature” meaning that you can see pretty much all of what Iceland has to offer — waterfalls, glaciers, charming towns and beautiful sights — in a one day drive. If you only have one or two days in Iceland, this is a great option. We drove and wandered and ate mouth watering fish and chips and took a million pictures and petted Icelandic horses. They say that you can visit the whole peninsula in about 6-8 hours, but I’m pretty sure the person who said that didn’t stop anywhere or perhaps they weren’t married to a photographer 😉 because it took us closer to 10 hours. It was a long day, but it was truly beautiful.

Ethan was such a champ this day. He was still dealing with some jet lag so the long car rides gave him plenty of napping time between us strapping him in and out of the car to take pictures and stand in awe of yet another spectacular vista.

Day 2 win — Stumbling upon a coastal food truck selling fresh fish and chips. It was the best I’ve ever had. Ethan loved it, too.

Day 2 fail — Dominos Pizza for dinner. We were SO tired and it was the easiest option. And because it’s Iceland, our 10” pizza was $22. Ouch. 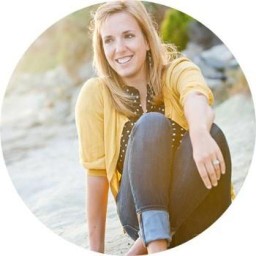